Difference between revisions of "HDMI"

Premium High Speed Certifiied HDMI cables for an optimal experience. (supporting HDCP 2.2 up to and including 60Hz UHD.) 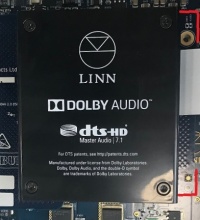 HDMI cables that worked with HDMI-ARC may not work with HDMI-eARC. Linn recommend using